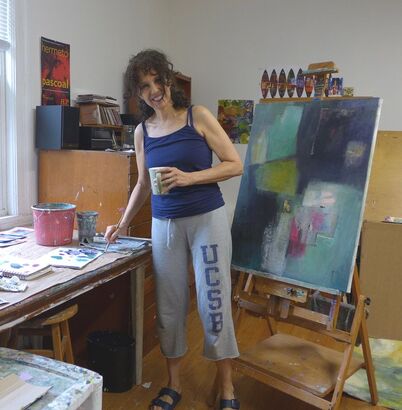 Santa Barbara Papers - these paintings incorporate scraps collected off the streets of Santa Barbara, CA.  I dwell on the colorful grunge, the build-up of paint and papers, at the boundaries between shapes. 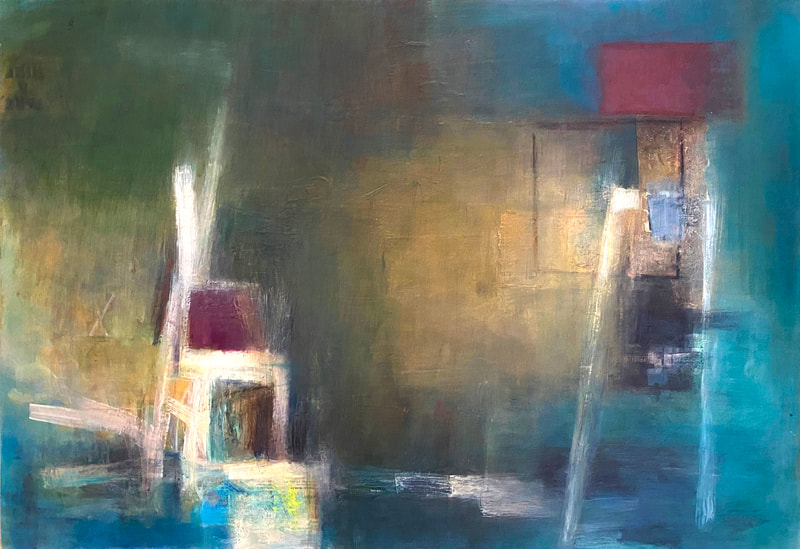 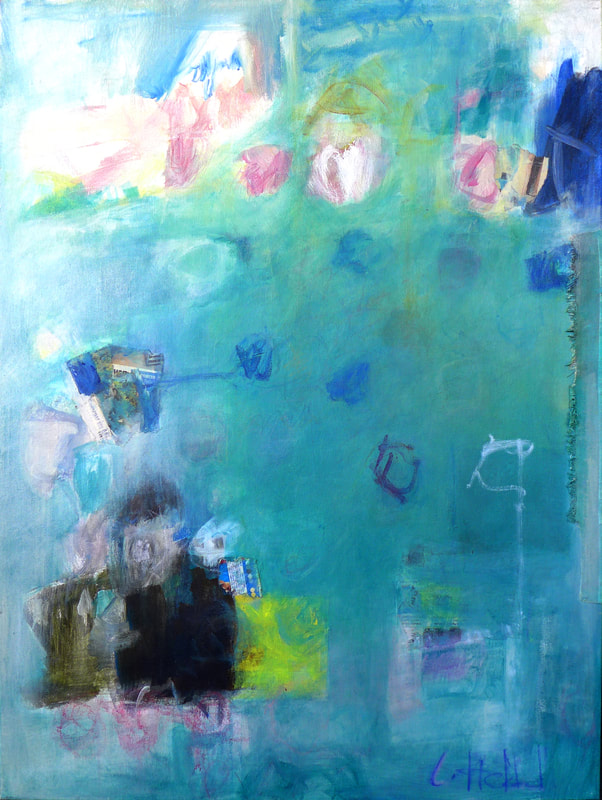 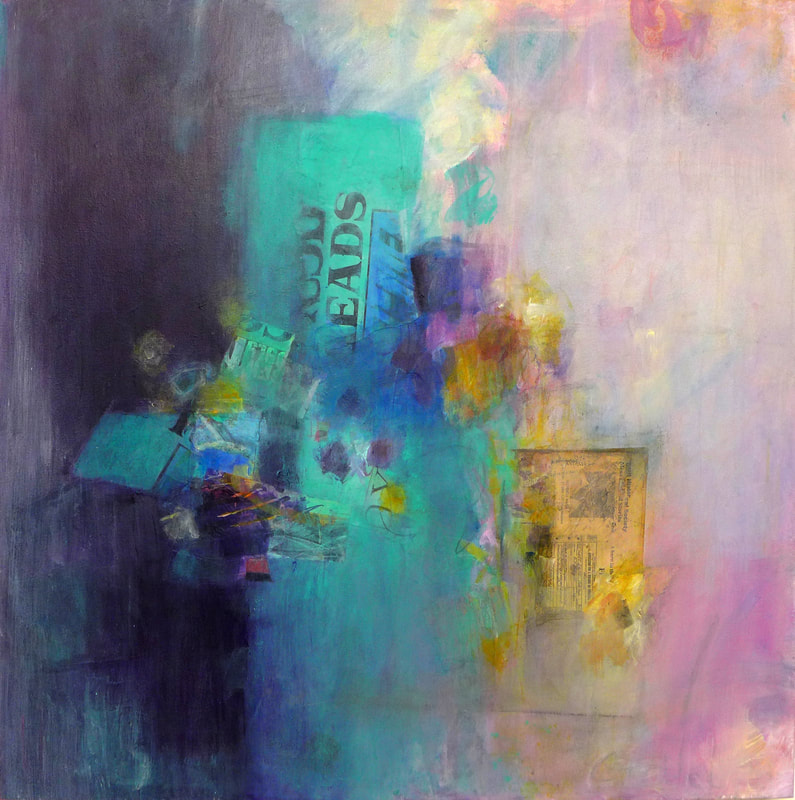 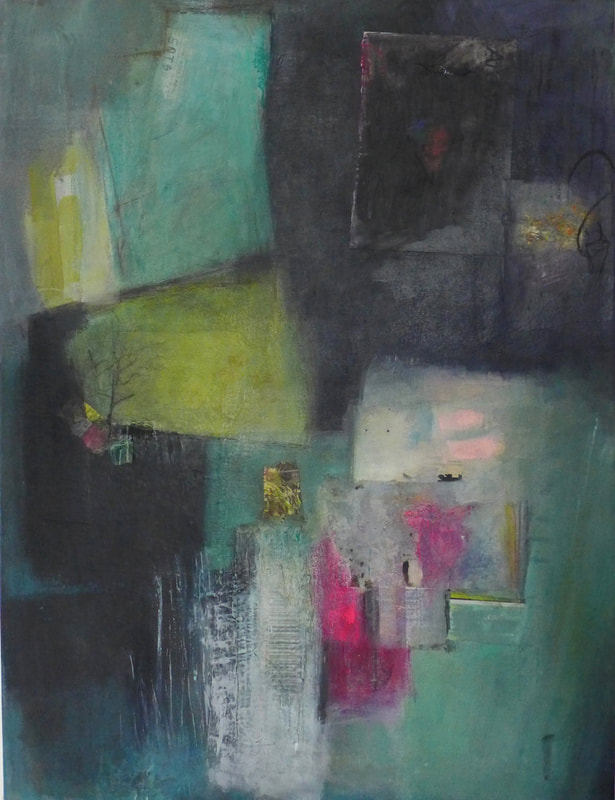 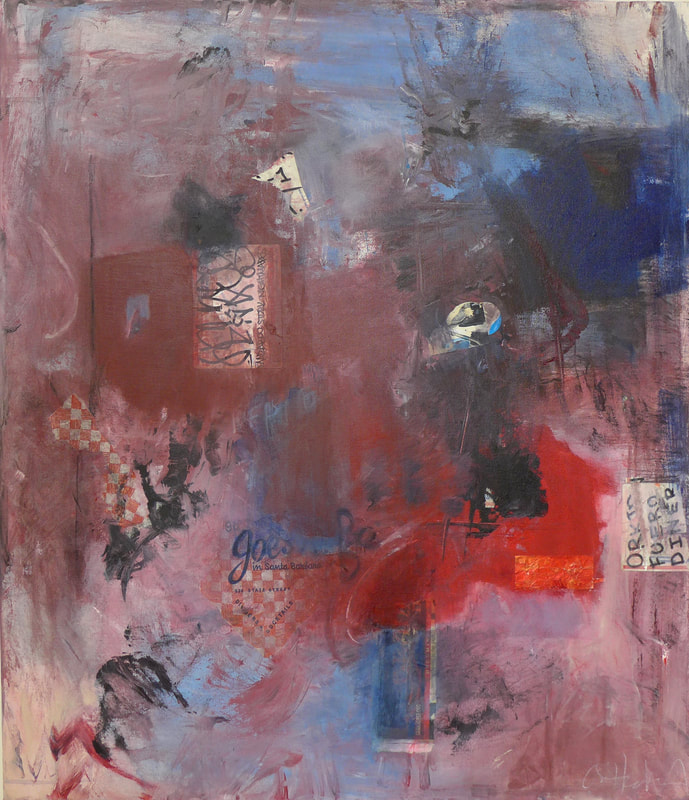 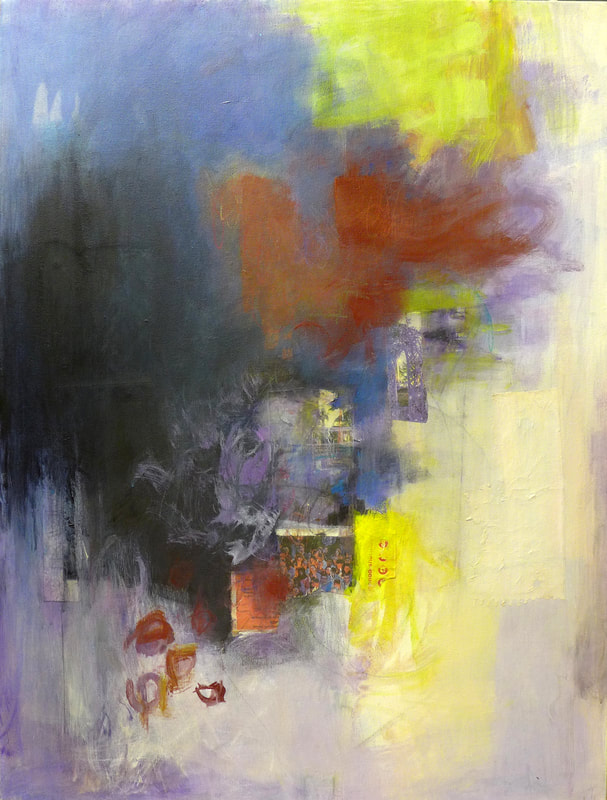 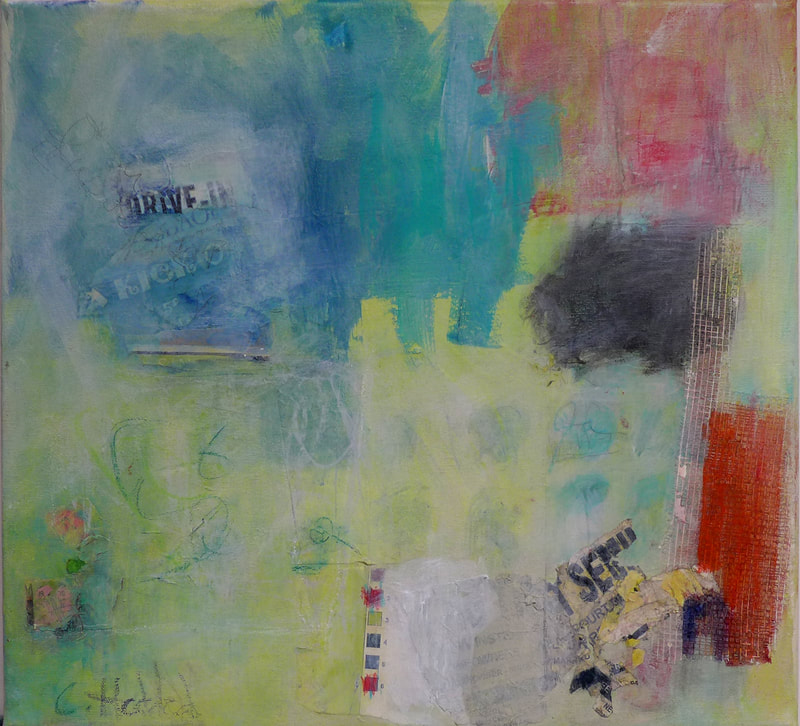 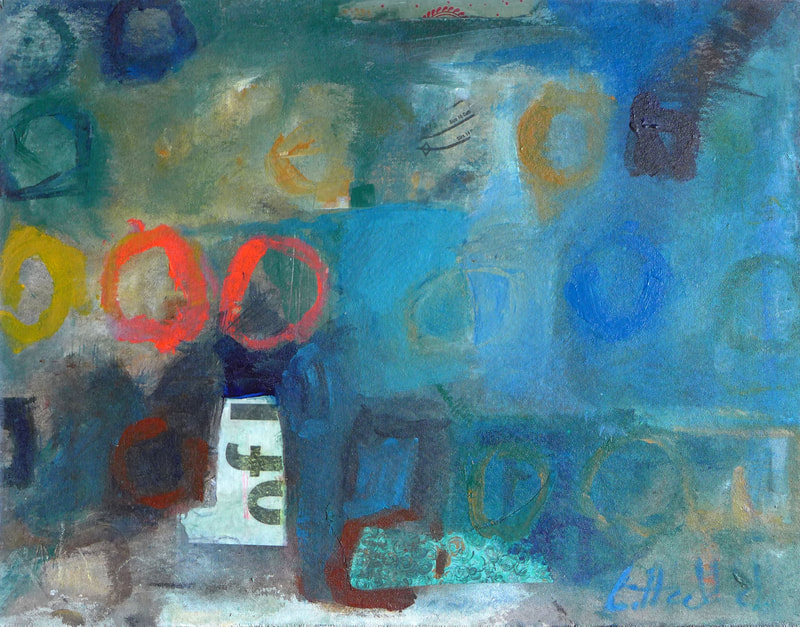 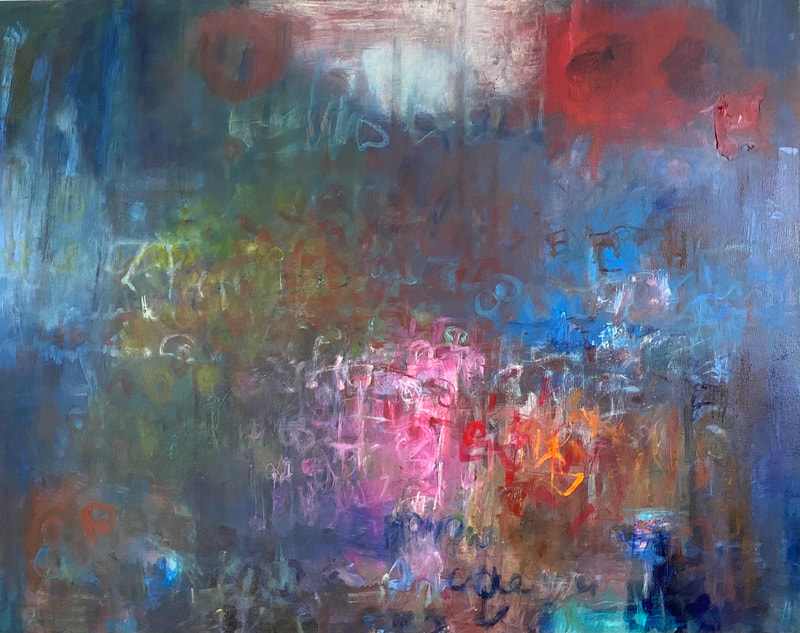 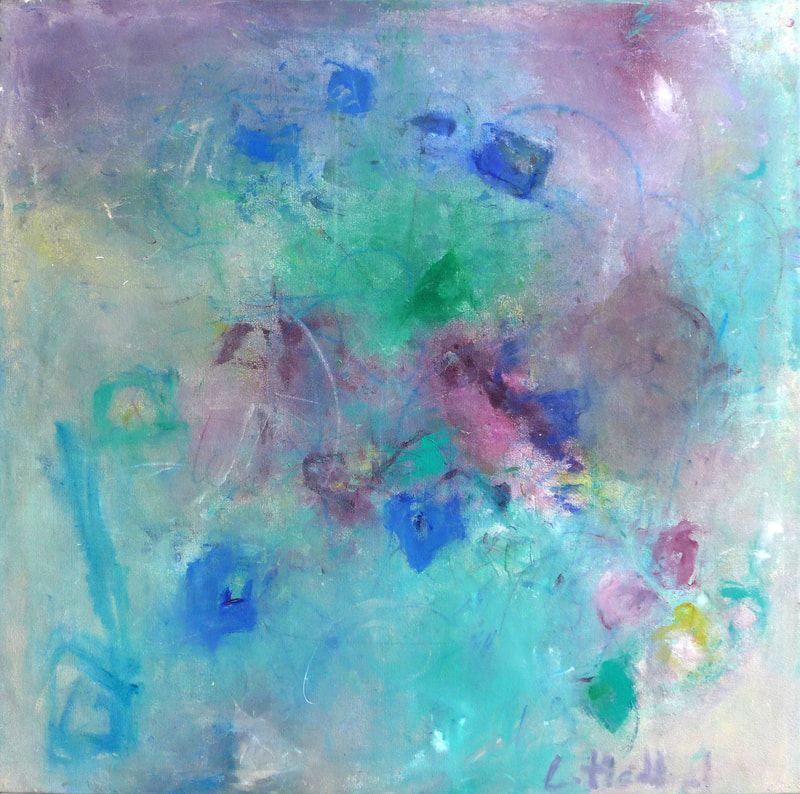 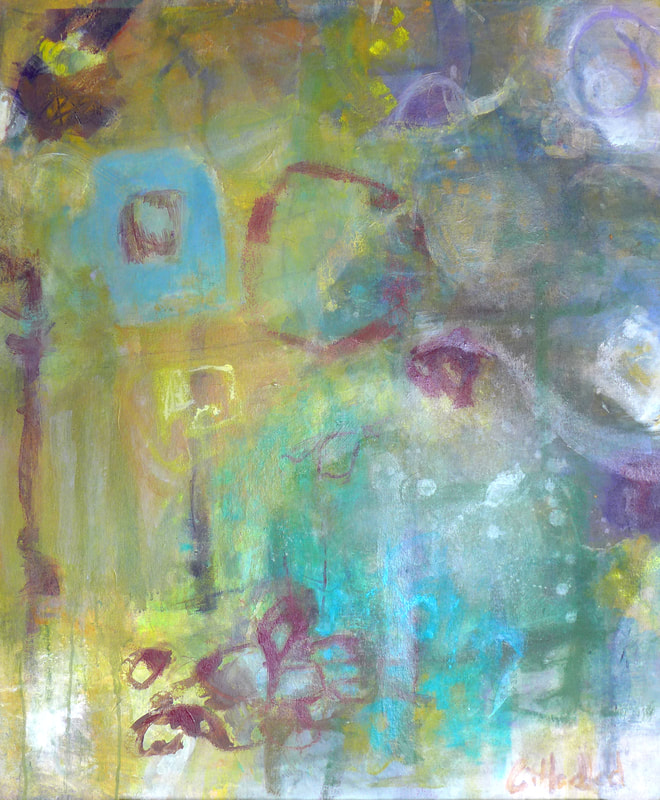 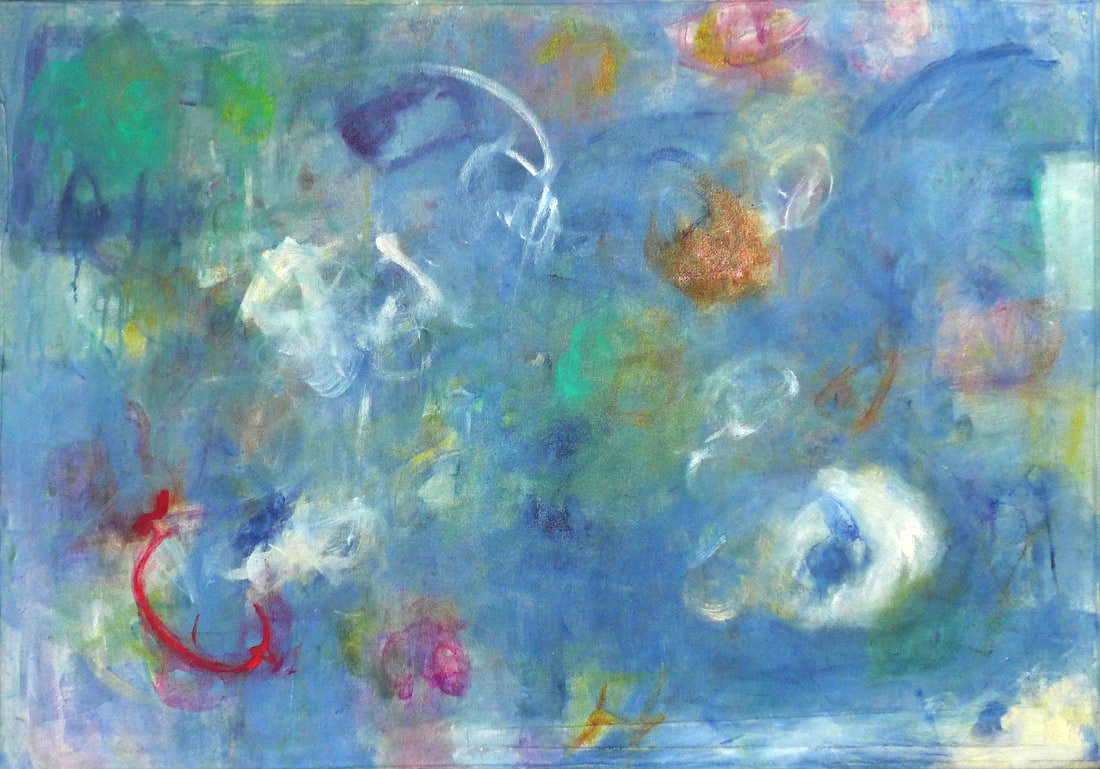 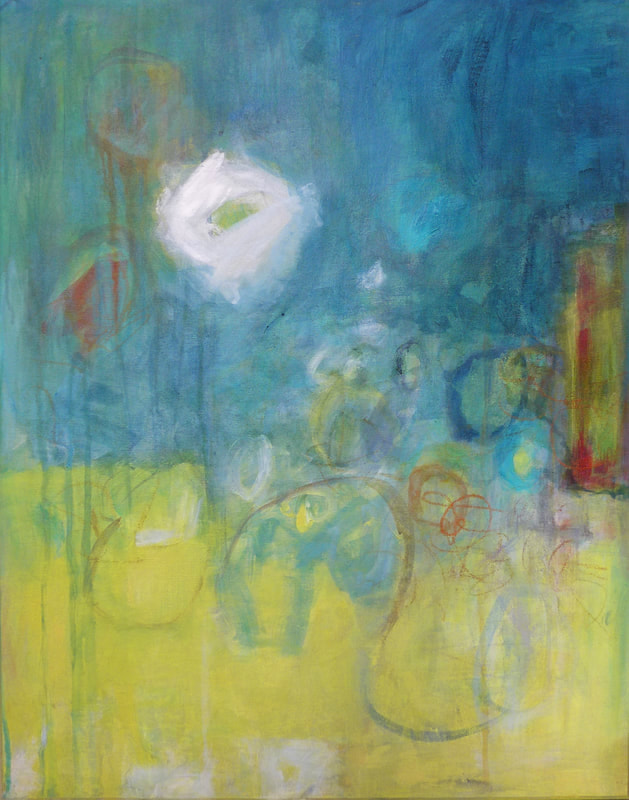 "One Thing Leads To Another"

These  are loose reflections encouraged by the sabotage of found papers. One thing leads to another - paper scraps, asemic writing, crayon and paint - sometimes returning me to the core of a vague memory.  Color, especially,  has taken on such an important role that the palette is chosen before a single mark is made. 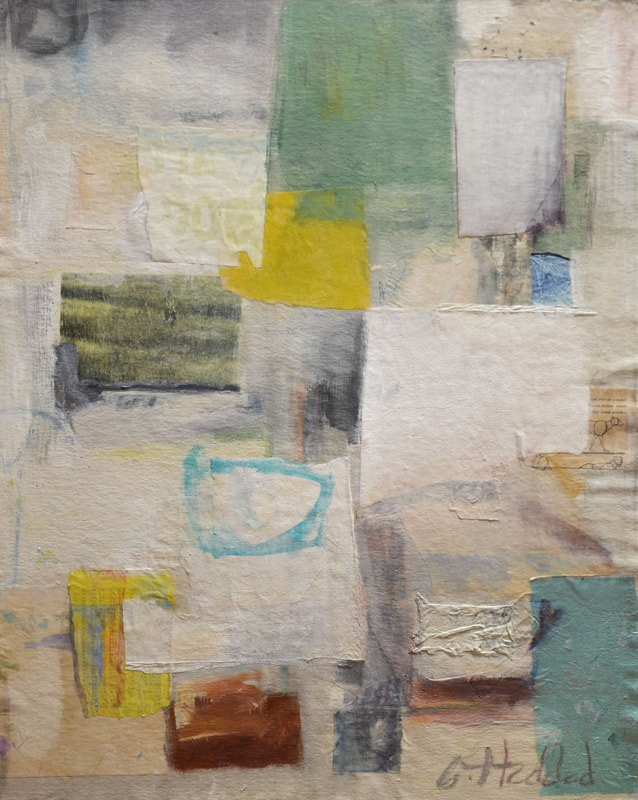 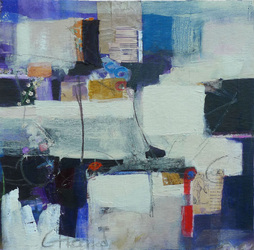 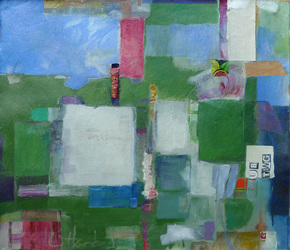 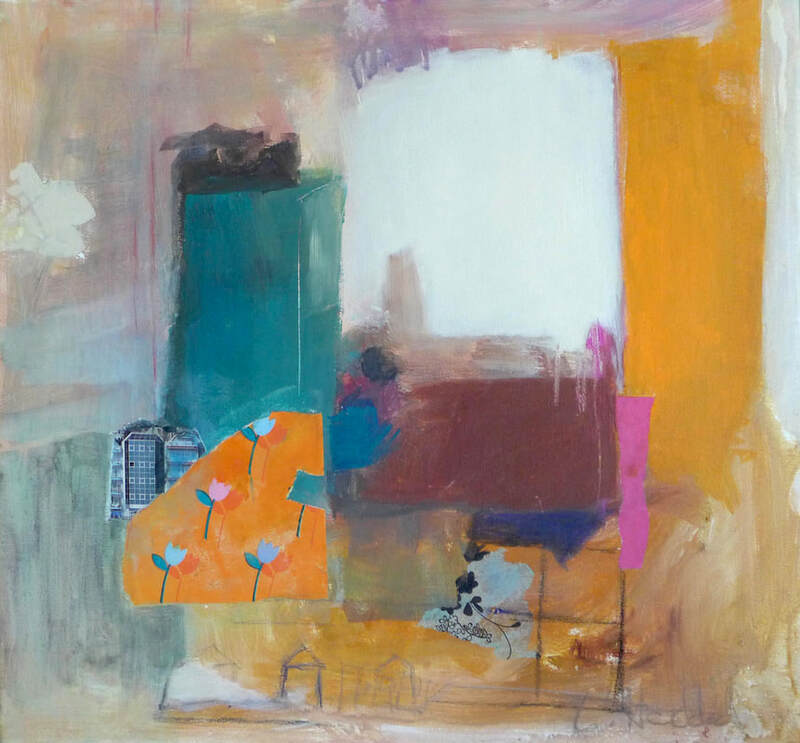 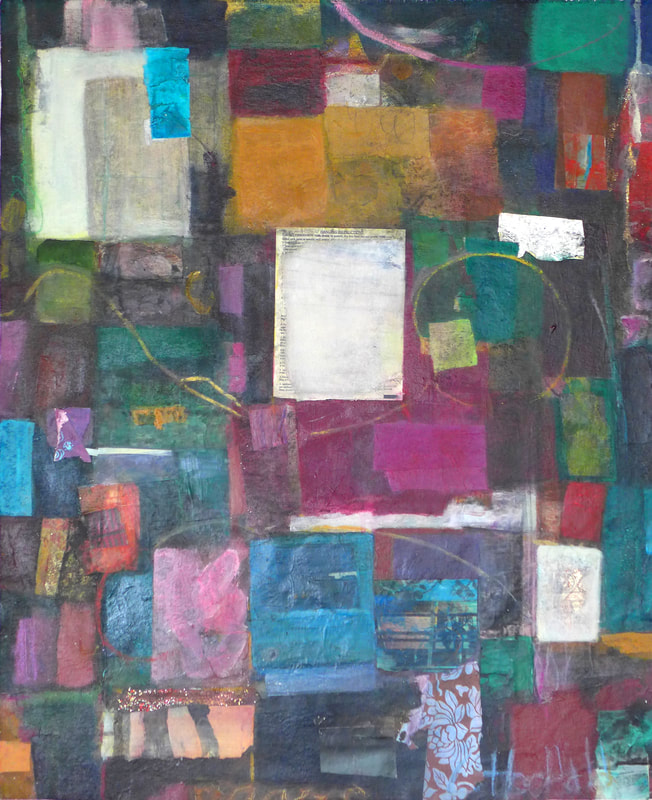 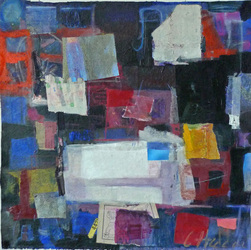 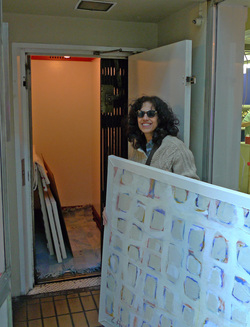 The Pattern Paintings began as play - mixing colors the way I did as a child - for fun.  Only after settling on the full palette do I start to paint into the loose, unstretched canvas.  Some compositions become tight arrays of shapes, but in others, shapes fall apart into more chaotic relationships with each other.  And there's often a little drift from the original palette.  These are all canvas mounted on canvas with cradled white-painted frames. 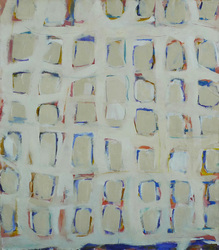 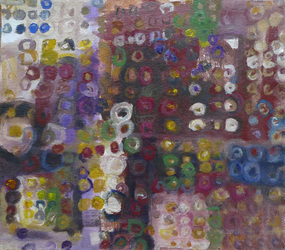 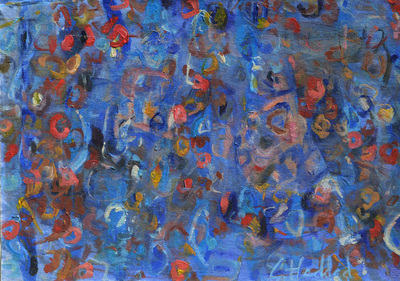 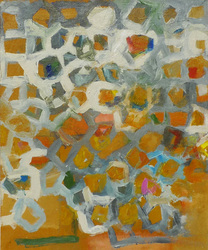 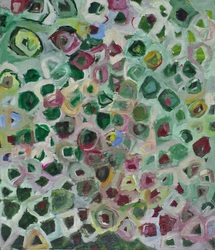 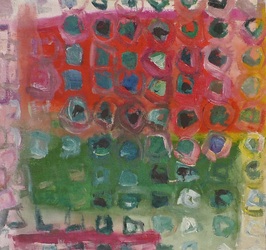 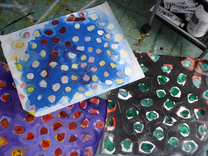 Several years ago I was fortunate to see an exhibit of acrylic paintings by native Australian artists from the Alice Springs area.  I was enchanted by the feel of the loose, piled-up canvasses and soon after started painting on unstretched canvas myself.  The choice was a practical one - my large, boxy paintings on wood were a big hassle to store and hang - but also I fell for the texture of the canvas and its inherent depth which lends a three-dimensionality to every stroke.  The weave of the surface made my first marks seem like they were part of a grid in space and I started a series of experiments with simple patterns.  As I continue to work these paintings, my affinity for Geometric shapes has to reckon with my love of the rough and imprecise; patterns can be templates for copy work but when created by the human hand the copies take on flaws and idiosyncrasies which I love to respond to artistically.

I begin the Pattern Paintings as mathematical puzzles, but some elements take on the feel of interacting souls.  My usual “head” shapes, squares and circles relate to each other with color, distance, movement and expression, which helps to animate my process. 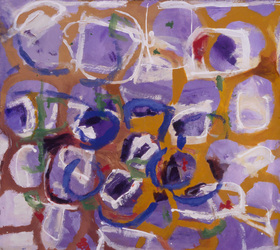 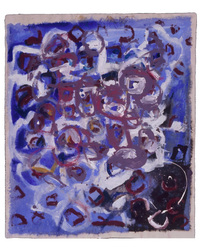